Why your high-performing employees may be slowly disengaging from work

Our interest is dying. This results in stagnation, lower productivity, and disengagement. It becomes difficult to force ourselves to do things we do easily and well. Why is this so? 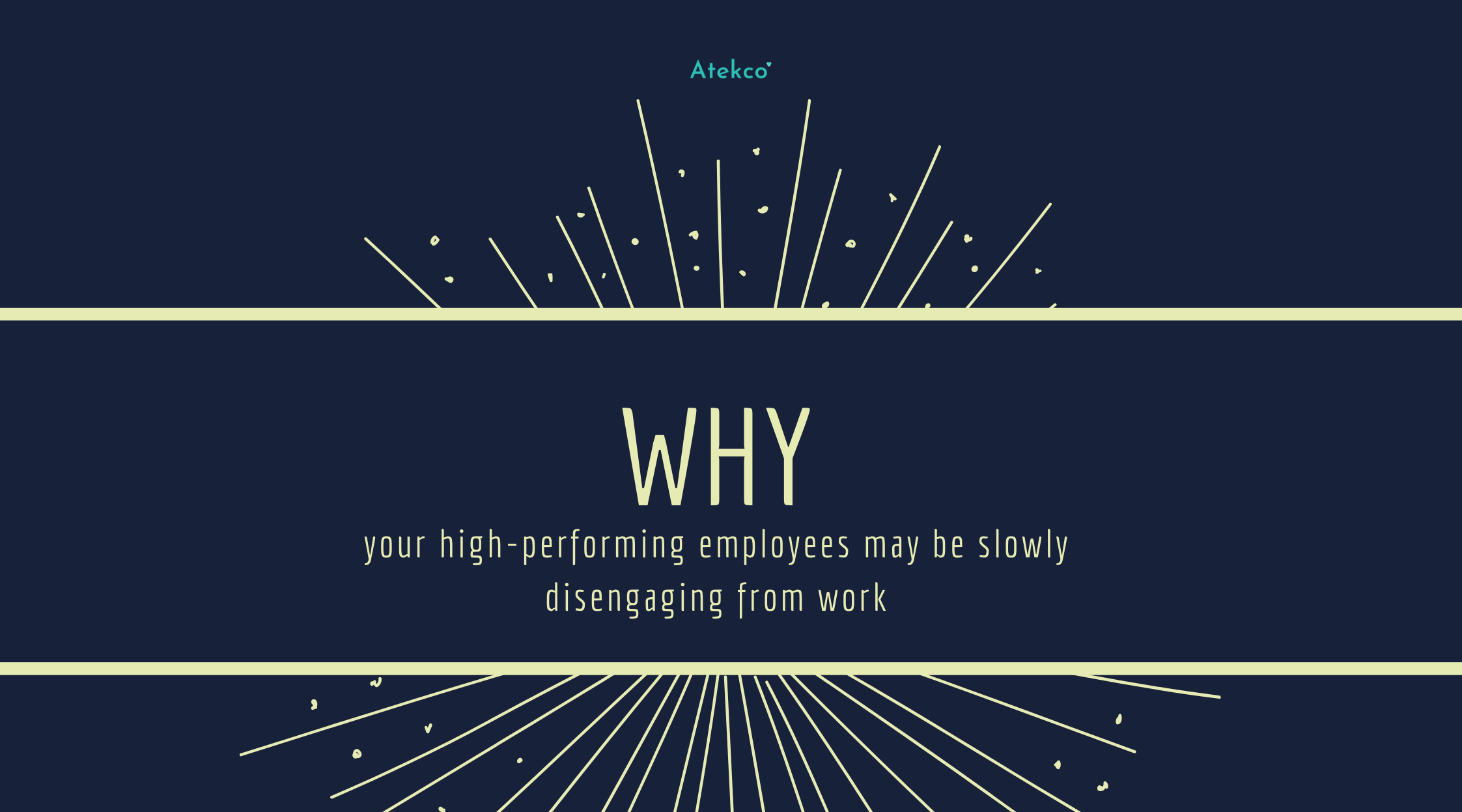 We are experiencing an extraordinary socioeconomic upheaval the media calls the Great Resignation. Half the American workforce is looking for a new job. (I dislike this label and prefer to call the phenomenon the “Great Aspiration.”) Most people aren’t giving up, despite the significant workplace headwinds of the pandemic. Workers are looking for better work, higher compensation, greater purpose, more flexibility. Individuals want opportunities to grow. They are emboldened to make their own change.

To model human growth and help people see their progress and proactively direct their own growth, I use the so-called S curve to describe learning. Here’s the framework in summary: The base of the curve is the launch point. Growth is slow as competence is gradually acquired. It can be painful and discouraging and requires appropriate management. As competence increases, we tip into the sweet spot up the steep back of the “S.” Growth is rapid, engagement and productivity are high. Again, well-informed management strategies can extend this valuable phase. The subject of this article is the final stage: mastery at the high end of the “S.” It’s a plateau that becomes a precipice; we’ve exhausted the growth experience available on a curve, and we’re getting bored. This is where an employee who is very, very good at what they do begins to feel they can’t do it anymore. They need a new S curve to climb.

Why is this so?

Our enjoyment and engagement in any activity is driven by neuroscientific processes. Our brains are learning machines, with a default setting for growth. When we are learning, our brains are changing. This is called neural plasticity. Brain cells, the neurons, develop cell-to-cell connections called synapses. As we learn, new synapses form between cells not previously connected. Our synapses grow at a rate commensurate with the challenge level in our brains. Mental effort translates into faster growth of the neural network.

Additionally, our brains are continually running predictive models. When something is new to us, our predictions can be uninformed. When we get it wrong, dopamine in the brain drops. It feels bad. When we get what we expect dopamine levels are steady. When our expectations are exceeded, dopamine is released in high doses. Dopamine is a feel-good chemical; it makes us feel delight. We are naturally drawn to seek the dopamine reward of exceeding expectations.

Consider this analogy: In actual mountaineering, the summit is the goal. It’s the high end of that S curve. But stopping for very long at high altitude can be deadly. Elevation above 26,000 feet is considered the death zone. We consume oxygen faster than it can be replaced–a condition called anoxia. In a short time, bodies and brains start to die from oxygen deprivation. Even if supplemental oxygen is available, physical exhaustion and cognitive impairment can lead to serious accidents and death.

Learning—or rather, the brain activity and chemicals associated with learning—is the oxygen of human growth. At the high end of the S curve, where we are in mastery, our actions are automatic, our competence is high, but our brain rewards are low. We’re not getting dopamine doses delivered sufficiently to make us feel the involvement and delight that we once had. Our interest is dying. This results in stagnation, lower productivity, and disengagement. It becomes difficult to force ourselves to do things we do easily and well.

In his book Behavioral and Neural Plasticity, Michael M. Nikoletseas writes that habituation is an organism’s decremented response to environmental stimuli that it experiences repeatedly over time. Habituation leads to a behavioral plateau, where the organism responds minimally, if at all, to events that it has found to be predictable. “If we present a stimulus many times, the organism will either stop responding, or respond minimally at a lower level. Eventually, no matter how many more times we present the stimulus, we do not see any further change. The curve plateaus.” Nikoletseas adds that humans exhibit decremented responses to events that have become too familiar. We produce nothing but a reflexive response—no new learning—which is neural rigidity.

This is why top performing employees are often the biggest flight risk. It’s why the quality of their work may decline. They don’t just want a new job; they need one. Hopefully, informed leaders have the early, open, and regular conversations with their reports that help both manager and employee map this process. The S curve of the learning model provides a common language to facilitate this critical communication. Leaders can have their finger on the pulse of an employee’s perception of their progress, the most important indicator of when retention is going to become a challenge if a new in-house opportunity is not available. Proactive preparation can ensure that valuable human resources know that their growth is a high organizational priority.

The fascinating 2019 study titled The CEO Life Cycle illustrates this process at the highest level of organizations. It describes the pattern of growth, stagnation, and possible regrowth over time. Tracking the year-by-year financial performance of more than 700 S&P chief executives, the study reveals distinct phases of job performance, starting with the “honeymoon” and concluding with the “golden years.”

Those who last to year 11, when the golden years typically begin, must first survive the death zone of success. The peak of a CEO’s S curve is around year six. It is “often followed by a time of prolonged stagnation and mediocre results,” according to the report. The plateau is a precipice: Many CEOs quit or are fired. CEOs only reach the golden years if they deliberately and repeatedly reinvent themselves on new curves of learning: “CEOs who survive the complacency trap typically go on to experience some of their best value-creating years.”

Once valuable employees who are in decline can be valuable again. They may just need a new version of the curve to climb.